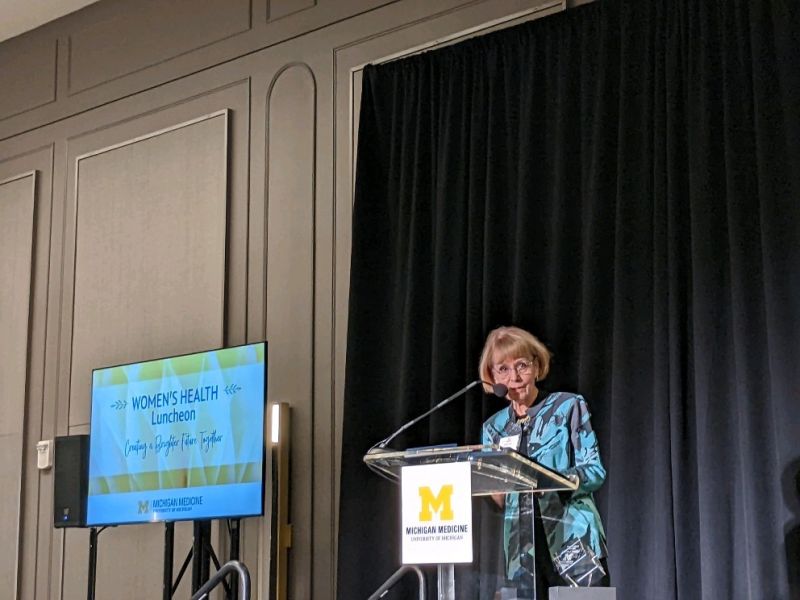 Giving comes in multiple forms. And attending events to support others is one way. Helping women at Michigan Medicine (the University of Michigan) with their commitment to breaking through boundaries to accelerate clinical care, education, and research to benefit women worldwide is one of my passions. I was delighted to attend the first annual Women’s Health Luncheon. Gathered together (on April 27, 2022) in Birmingham, Michigan with physicians, researchers, and supporters of diverse women’s health causes the event delivered inspiration, advocacy and empowerment. Mary Sue Coleman, first female President of the university explained the Women’s Health Innovatin Fund’s goal is to identify challenges facing women on a global level, discuss strategies to overcome these barriers, and support one another as we push for changes that can improve the lives of all women. 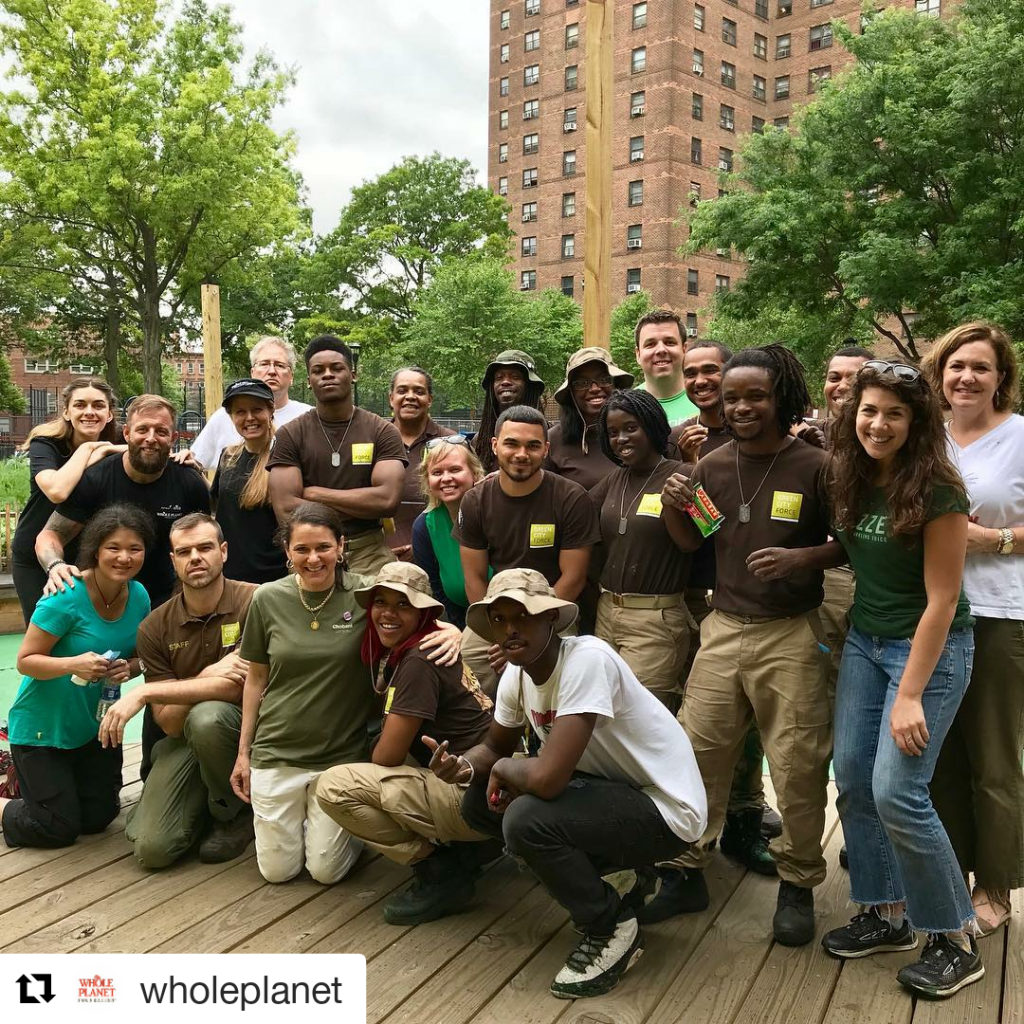 And over the past eight years, I’ve dedicated my energy and time to those who impact women across the globe who are living at or below the poverty level. A handful of years ago, I had the opportunity to deeply explore what is unique about the Whole Planet Foundation’s work which is dedicated to poverty alleviation, while empowering the world’s poorest people with microcredit in places where Whole Foods Market sources products.

In Harlem, I met women entrepreneurs, visited their business, and learned from them how a micro- finance loan directly impacted their small business. True micro-financing sustainable success for women demands a talented team. And this team is led by Joy Stoddard. Joy led the three day Harlem trip, complete with a service project (photo above). What I love about the foundation is that it not only empowers  entrepreneurs, mostly women, but it is fully transparent about their funding (all donations go directly to those they serve).

May the work of these charities inspire you! 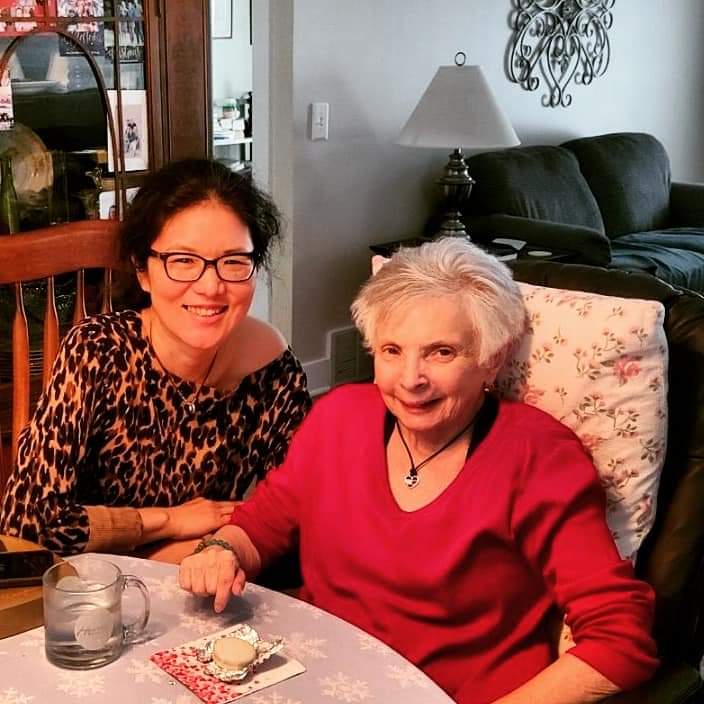 I’m still feeling love looking at this photo of my mother taken exactly one year ago today on Valentine’s Day. She’s the reason a solo parenting chapter exists in “A Widow’s Guide to Healing”. My mother was the first widow I knew (her husband, my father died in 1979 at age 30 from advanced cancer). She told me in 1979 there weren’t any books for single parents dealing with grief. For this chapter, I spoke with other solo mothers who graciously shared their stories, and I included my own thoughts about being the daughter of a solo mother.

Since February is a bittersweet month, and focusing on love can bring out mixed emotions, taking a pause to think about self- love and examining personal growth can be helpful. I’m honored to be included in this Huffington Post piece written by Anika Nayak.

This month is also an opportunity to offer support to Black-owned businesses, celebrate Black literature, and learn new ways to honor the Black experience. I’m delighted to share how I’m celebrating Black History Month in this Thrive Global piece written by Marina Khidekel.

On a different note- Are you ready for a change (personal and/ or professional)? Check out this piece I wrote for Katie Couric’s newsletter. What a joy to include entrepreneur, keynote speaker, New York Times best-selling author Jesse Itzler’s thoughts in my write-up. 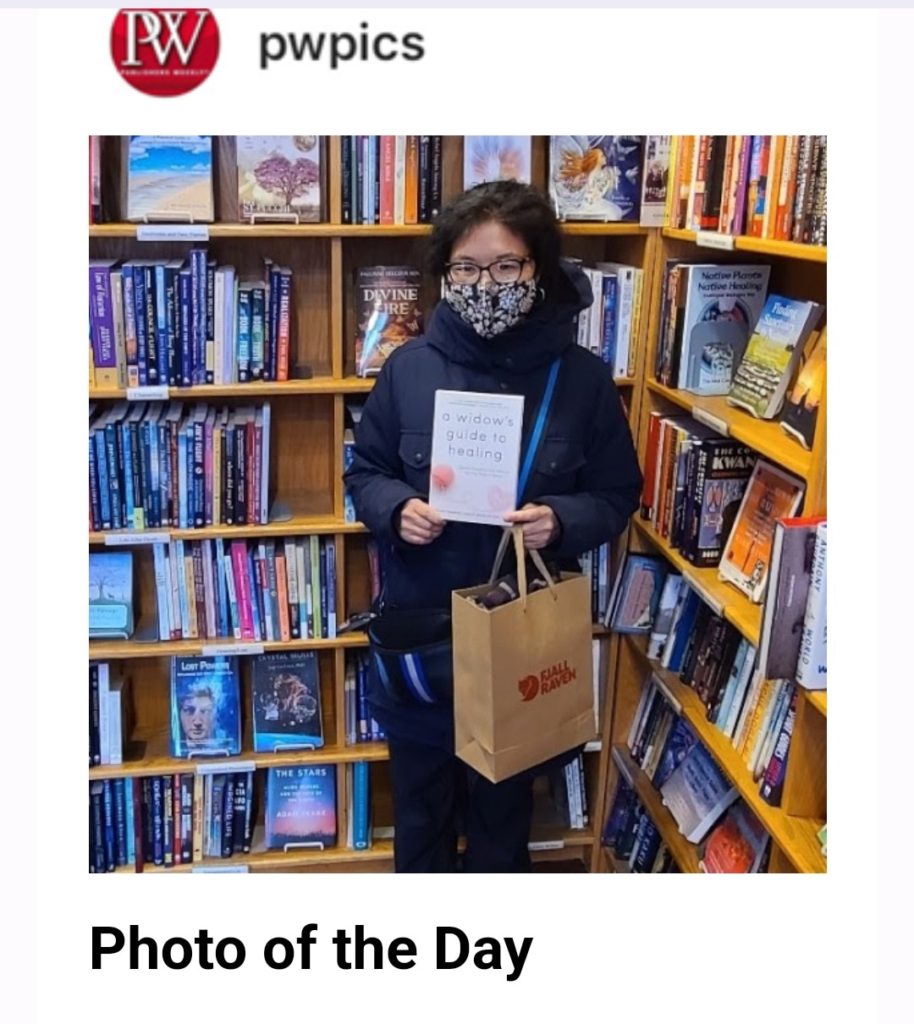 For all those in the publishing world, you know this is a BIG deal. On February 3, 2022, this photo from Publisher’s Weekly was in their newsletter and showcased on one of their their Instagram accounts. This photo (I didn’t pay for the PR) was taken in December 2021 at my favorite indie bookstores in Ann Arbor, Michigan- Crazy Wisdom. I remain grateful to them as they were the one of the first bookstores to host a book signing engagement for me as a debut author. 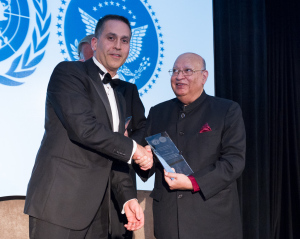 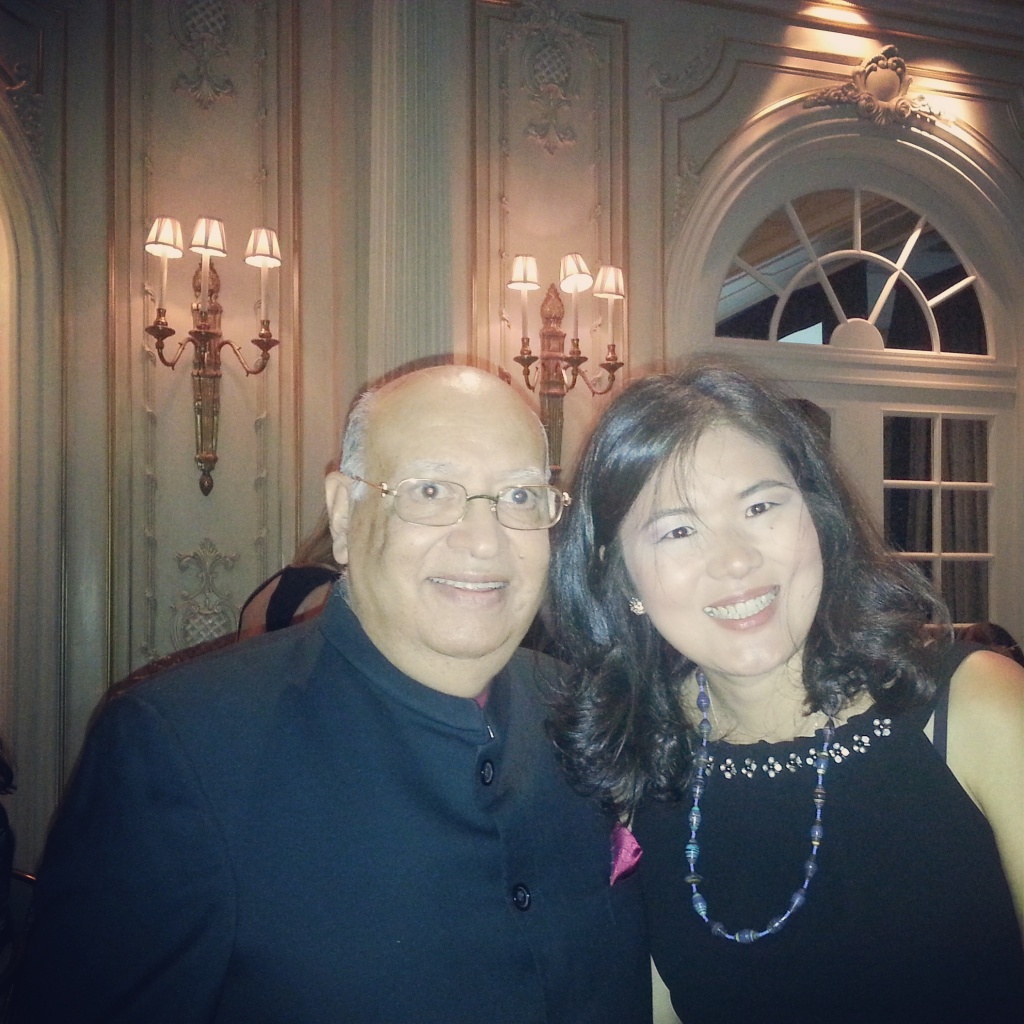 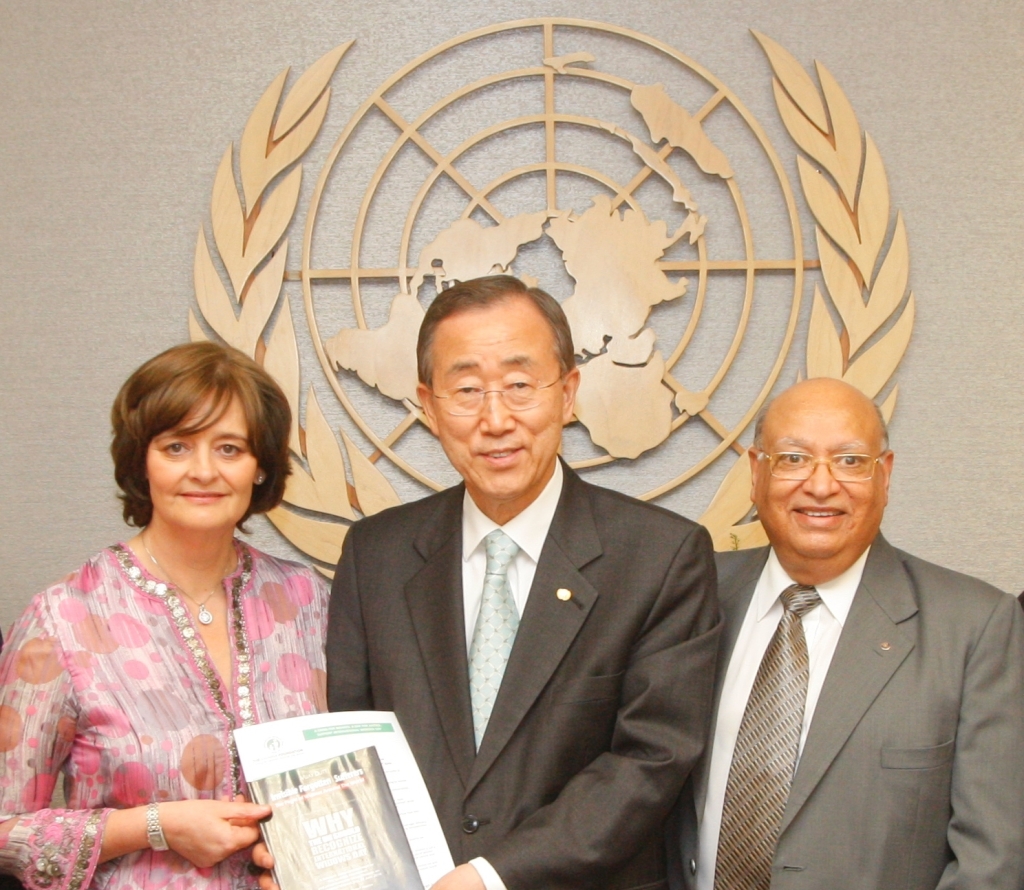 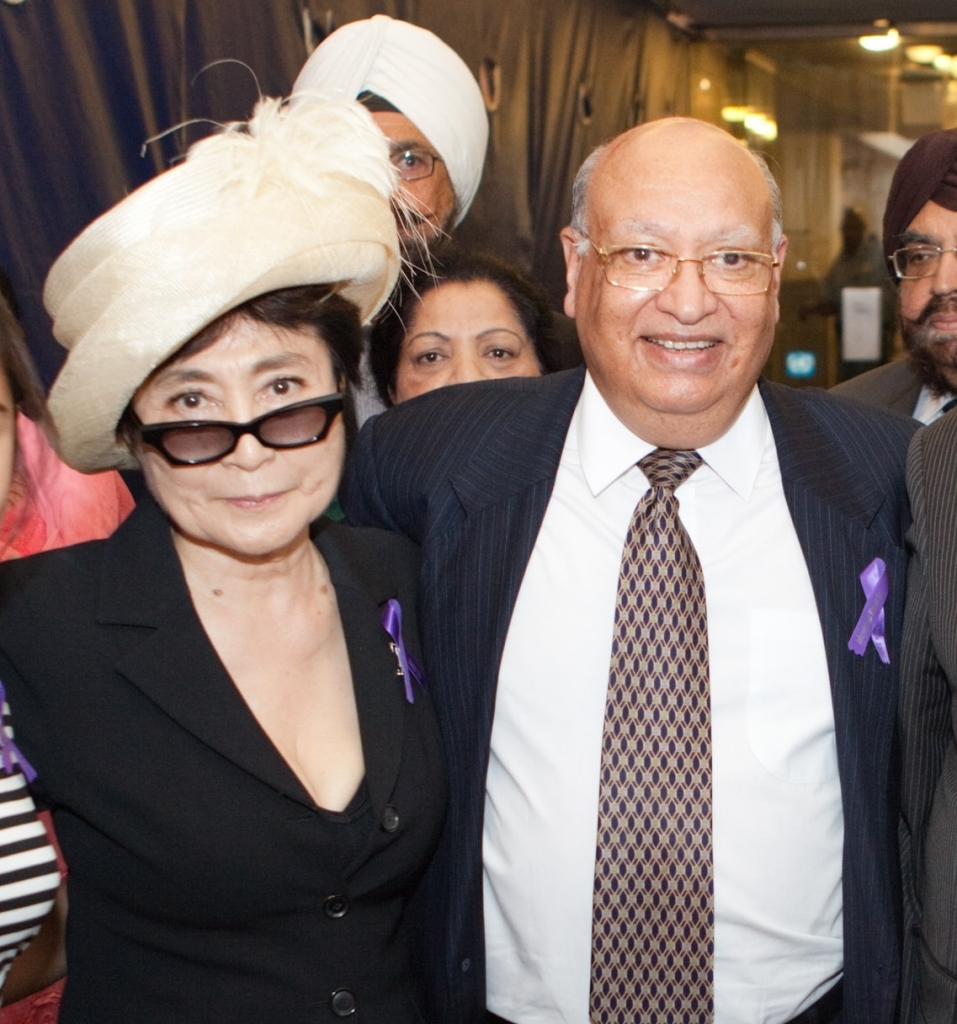