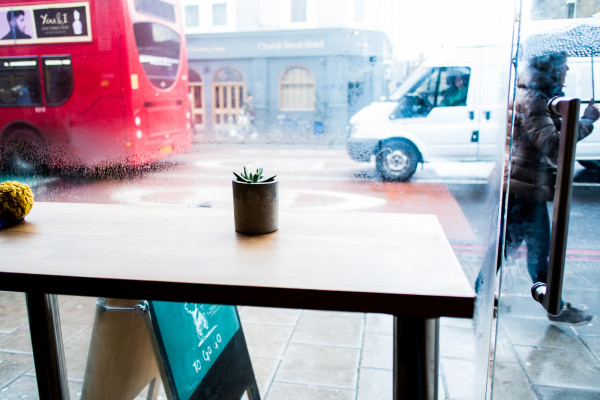 Death is a topic that can clear out a room of even the most kindhearted people. Just mention any of the following words — passing, mortality, funeral, burial, death — and people get nervous. Very few individuals are comfortable with holding an honest conversation about death, and even fewer know what to say to a new widow.

In 2007, I was just 33 when my husband, Roy, was diagnosed with adrenal cancer. About eight weeks later he died. Although I knew that his death from advanced cancer was inevitable, once he died, my entire being became depleted. I learned that death is like an amputation, and new life does not just grow back. Death does damage and at times for a widow, the grief is unspeakable.

Over three years ago, I decided I wanted to write a book for widows of all ages so that they would feel less alone. However, I didn’t want this to be a typical book about grief and loss. Instead, I wanted to learn first-hand from other widows from all different backgrounds about their experiences. I along with my co-author psychologist James Windell spent over three years talking with widows about their initial moments of grief and then their long-term emotions accompanied with loss.

Although each widow’s experience at her husband’s funeral or memorial service is unique, there were common things that I, along with other widows experienced. One of the common threads that all widows experienced were having to bear witness to uncomfortable comments. Sometimes, people do say the wrong things, and it stings.

1. “Your husband is no longer in pain.” This is a case of stating the obvious. No matter what disease a widow’s husband may have endured, the fact of the matter is that a widow is well aware that he is not in pain. However, she is in unrelenting pain. A type of pain that pushes her to the outermost limits of her being and keeps her there with no immediate relief. She is in a very dark passage of hell. The emotional pain is that intense.

2. “You are not alone.” In so many ways a widow is alone. There can be a room full of family and close friends and yet not one person is experiencing exactly what she feeling at that moment. My late husband was my best friend and my main emotional support. We were a couple, and then I was alone. In my case, two minus one equaled one thousand. Those days and weeks following his funeral felt like an emotional ground zero. The loss was that deep. I felt that I was in a distant world far removed from all others. It is not a world that once a widow enters she can’t easily exit.

3. “I know what you are going through, Joan.” I’m making up this name, so you can go ahead and replace it with any widow’s name. Unless you have been widowed and even then each circumstance by which a woman is widowed is so unique, please refrain from this comment. If you have said this and the widow give you a blank stare, it is not because she agrees with you it is because she is using every ounce of restraint she has not to give you a piece of her mind. And for the common good of all concerned, please under no circumstance try to one up her with some loosely related story of a widow you once knew.

4. “He is in a better place.” I heard this over and over again. And I know other widows heard similar things. All religious beliefs set aside, the only place a widow knows is the one she is presently in. And it is without her husband. This place that a husband’s death has taken a widow is to one of vast isolation where the sounds of loneliness are inaudible.

5. “Give it time and you will feel better.” I’ve learned from widows that grief doesn’t have a finish line. The husband’s death will always be a part of her. I’ve found in talking with widows that many professionals and non-widows believe that grief is over in one year. However, I’ve found in doing research that quite the opposite is true. During the first year, widows are just trying to survive their first sets of holidays and cope with the daily stressors of widowhood. The second year, widows are deeply assessing all that is lost. They realize that it is so much more than their husband that they lost. They lost their emotional security, many friendships, perhaps even a home. These secondary losses, as many call them, are painful and compound the grief process.

There are few words to adequately describe the grief a new widows endures. If you must say something, be honest and offer, “I don’t know what to say. I am so very sorry. I am here for you.” And then for the widow’s good be there. Sit next to her. Hold her hand. Hug her. Bring her whatever she wants and don’t judge. Put your arms around her and listen to her. Don’t be afraid of her tears or silence. Sometimes the deepest laments are silent.

Kristin Meekhof is a Licensed Master’s Level Clinical Social Worker. She graduated from the M.S.W. program at the University of Michigan. She obtained her Bachelor of Arts degree with a major in psychology from Kalamazoo College. Her forthcoming book, “A Widow’s Guide To Healing: Gentle Support And Advice For The First Five Years” can be found here.

Leave a Reply to Sandy Click here to cancel reply.